T-Mobile adopted a data de-prioritization strategy several years ago, during a time when the industry accepted practice was to throttle data speeds for high data users. In response to the displeasure many wireless customers voiced across all carriers in regards to throttling, T-Mobile instead began de-prioritizing data for users who surpassed a certain data threshold. Previously this data de-prioritization threshold was set at 28GB, but it has now been raised to 30GB effective March 8, 2017. 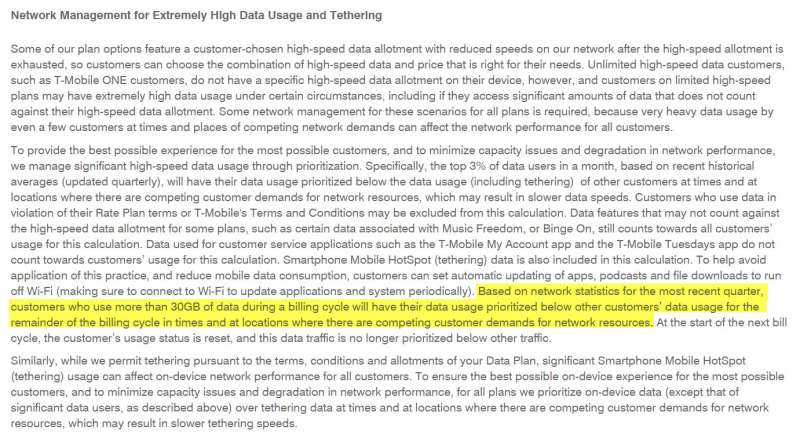 The increased data de-prioritization threshold further solidifies T-Mobile’s threshold as the highest in the US wireless industry. Sprint currently advertises a threshold of 23GB while Verizon and AT&T advertise 22GB.