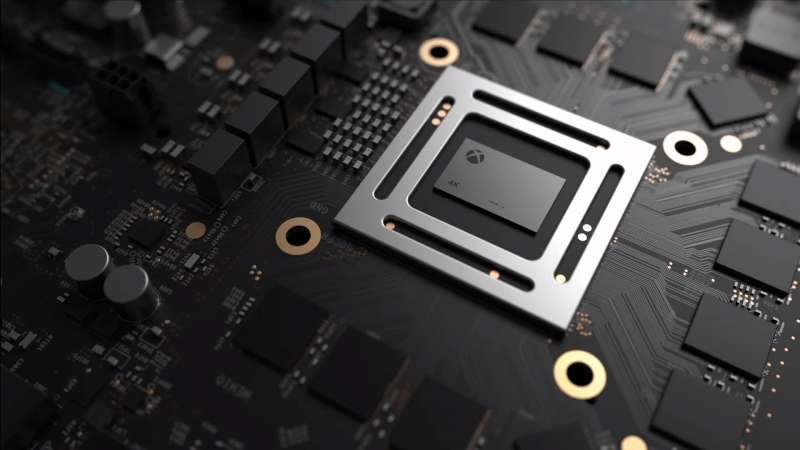 Microsoft’s next update to the Xbox gaming console codenamed Project Scorpio was announced at Microsoft’s E3 briefing last year however, little information about the console has been revealed thus far. Besides having announced that it will host a GPU capable of up to 6 TFlops of compute performance and designed for 4K, Microsoft has been keeping things pretty tightly under wraps.

While the launch of the console is still quite a ways away, just like candy there will always be ones who gets to taste it early and YouTube channel Digital Foundry was recently invited by Microsoft to get an exclusive first look at the Scorpio’s guts and what they found is quite impressive.

Early on, it’s been pretty much confirmed that Microsoft is sourcing the CPU from AMD. The elephant in the room now is which one? While some have speculated that it will use the cores of the new Ryzen CPU, Project Scorpio is actually expected to utilize heavily customized Jaguar cores with a bumped up clock speed. The customized cores along with software optimizations should bring a significant boost in compute performance.

Memory is also seeing a significant change as Microsoft is making the switch to a unified memory structure rather than the combination of DDR3 and ESRAM. In total, Microsoft is packing Project Scorpio with 12x 1GB GDDR5 chips with each sporting a 384-bit memory bus. This makes up a total of 326GB/s memory bandwidth, which is a substantial increase over the previous generation.

The only component that doesn’t seem to be getting an upgrade is the storage subsystem. Project Scorpio is expected to continue using a 1TB 2.5″ HDD, so don’t expect breathtaking loading times.

On the software side, Microsoft is optimizing their GPU command processor with a DirectX 12 solution, giving programmers better direct access to the GPU. This is expected to help reduce CPU overhead.

Overall, Microsoft’s Project Scorpio is shaping up to be a powerhouse of a gaming console for 2017 and we’re sure more information will continue trickling out in the next few months leading up to E3. Stay tuned!