Broadwell-E launched just last month, but rumors of its successor is already swirling around on the interwebs.

According to a recent article by Chinese technology publication, BenchLife, Intel will be launching three different product ranges on their upcoming Basin Falls-X platform. 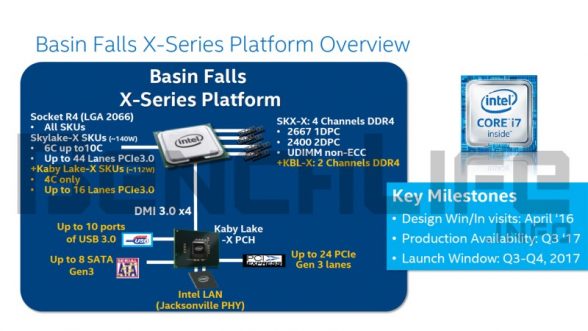 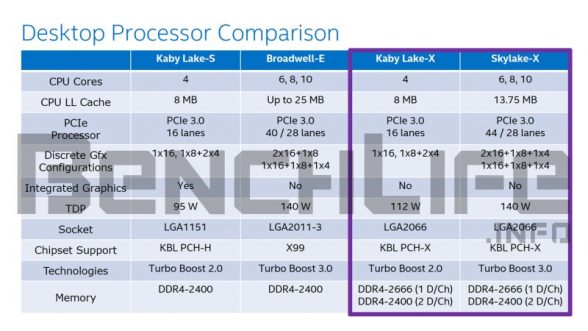 Right below that is Kaby Lake-X which interestingly enough will only be offered in a quad core configuration with dual-channel memory despite carrying the “X” suffix. It will only have 16 PCIe 3.0 lanes compared to the 44 on Skylake-X (28 PCIe 3.0 lanes on the 6-core variant). From the looks of things, the only thing that will differentiate Kaby Lake-X from its S counterpart is its 112W TDP which may suggests higher clocks out of the box.

Intel was originally planning to launch Kaby-Lake and Skylake-X will debut in 2Q2017, but now it looks more likely that they would appear in 3Q2017.