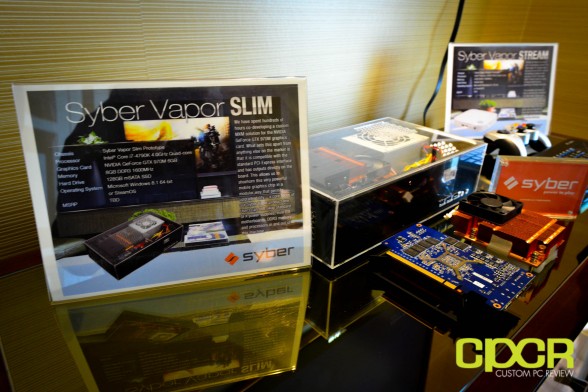 Several weeks ago, we had the opportunity to review the Syber Vapor Xtreme, a new PC gaming console from CyberPowerPC’s newest sub-brand, Syber. Since we were fairly impressed with what Syber had done with their first PC gaming console, we stopped by their suite at CES 2015 to take a look at what’s coming next.

While Syber didn’t have too much to show us just yet, they did have a couple products under development that looked quite promising. 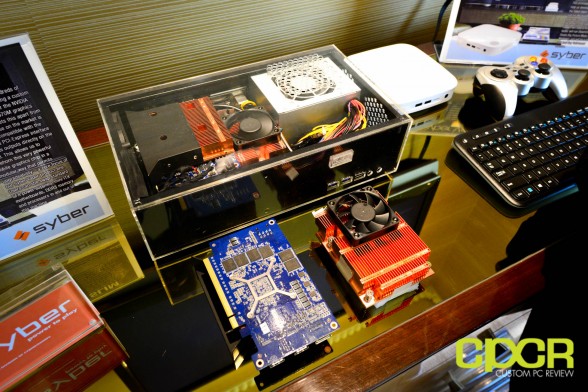 Additionally, development for the Syber Vapor SLIM is quite a bit different than how it’s traditionally done as well. Normally, the design of the chassis is the first priority with hardware following in based on the capabilities of the chassis. With the Syber Vapor SLIM however, Syber is building out the internals first to ensure there’s no issues with the type of hardware that needs to go in, then they’re designing a chassis around the internal design. This will ensure that Syber can put the type of hardware they want into the smallest possible chassis without issue. This is why the chassis still still an acrylic shell. Syber tells us the actual chassis that will come with the final product will be significantly different from what we see here. 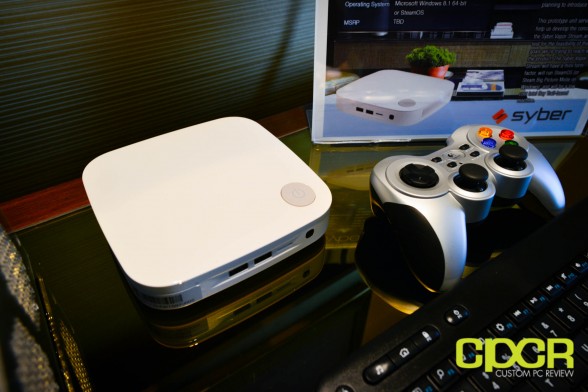 Unlike most competing streaming boxes however, the Syber Vapor Stream uses an Intel Bay Trail based Celeron J1900 processor, 2GB DDR3 memory, a 64GB SSD, and runs on Windows or SteamOS rather than Android or something else. While Android is a fantastic OS, it’s definitely not as robust as Windows, so depending on your needs, the Syber Vapor Stream could be a great option if you’re looking for something with a bit more functionality than just streaming and running Android apps.