With AMD’s Ryzen CPUs launched several months ago, there’s currently some major competition in the high end desktop CPU space which Chinese tech publication Benchlife claims may have prompted Intel to push forward the launch of their next generation HEDT platform, codenamed Basin Falls, to the May/June Computex timeframe. This is well ahead of its original Q3 or Q4 launch schedule. 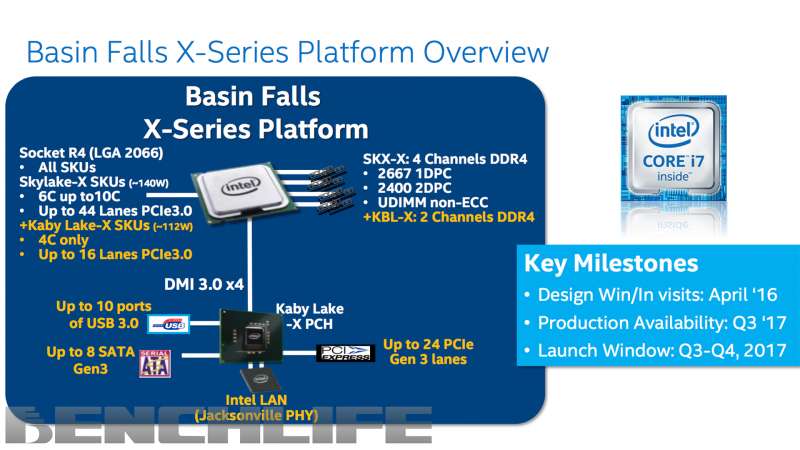 According to the article, Intel is poised to show off its X299 Basin Falls platform at Computex along with its upcoming Skylake-X and Kaby Lake-X CPUs.

Computex is expected to be a fairly interesting show this year as both Intel and AMD are now expected to make some big launches. Along with Intel’s X299 launch, AMD is anticipated to show off its upcoming X390/X399 platform at the show as well. As with all rumors, take this one with a grain of salt. More to come as Computex inches closer.