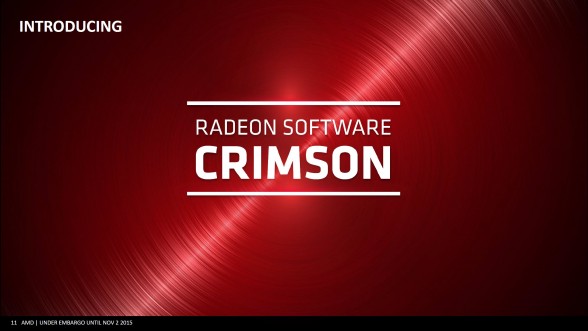 Today, AMD has released one of its most anticipated software releases in recent years and possibly the most significant graphics driver release in the company’s history. The Radeon Software Crimson Edition features an all-new design, performance optimizations and a slew of new features for Radeon users. You can download the software here. 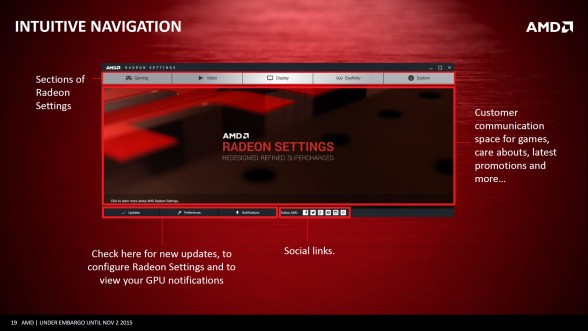 The new software replaces the aging Catalyst Control Center and gives users access to all the features they’d expect from CCC, as well as a few additions from Raptr’s Gaming Evolved software, including Game Optimization Profiles. It also promises to load up 10x faster than the aforementioned Catalyst Control Center, which should mean a lot for users on traditional hard drives.

The new software is definitely exciting and we’ll have a full review/overview of our experiences with it in the coming week.