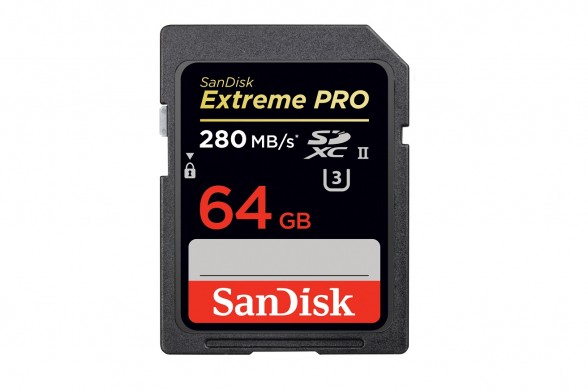 “The new SanDisk Extreme PRO SD UHS-II card shatters the existing barrier of UHS-I limitations, delivering speeds up to three times faster than current cards,” said Susan Park, director, product marketing, SanDisk. “As leaders in the flash storage industry, our goal is to deliver the fastest memory cards on the market, enabling next generation cameras to take advantage of new levels of performance. This is another example of our legacy of innovation and technology leadership in the digital imaging and video industries.”

The SanDisk Extreme SDXC/SDHC UHS-II memory cards are available for preorder on SanDisk’s website and will be generally available on retail shelves in April with capacities ranging from 16GB to 64GB starting from $119.99 to $299.99 respectively.