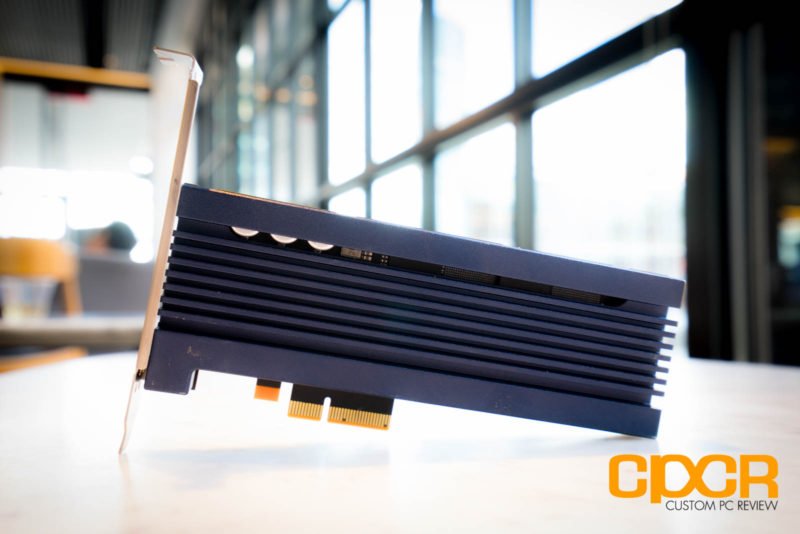 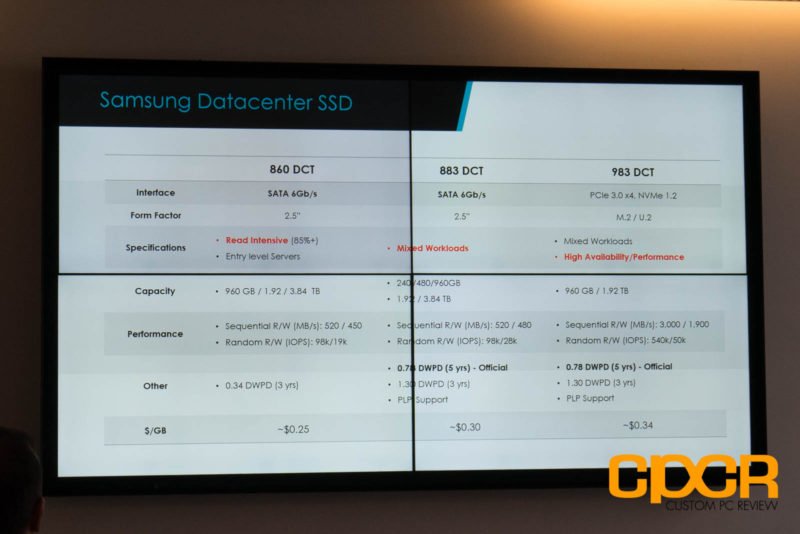 At the entry level, the Samsung 860 DCT is Samsung’s offering for read-heavy applications. The drive features capacities up to 4TB, 0.2 DWPD (Drive Writes Per Day) endurance and utilizes Samsung’s 3-bit MLC V-NAND process. According to Samsung, the Samsung 860 DCT is well suited for applications such as streaming servers, content delivery networks (CDNs), web servers, and entry level servers where reads are in excess of 85% of the workload.

The most impressive drive Samsung is launching is the Samsung 983 DCT. This is Samsung’s highest performance datacenter drive based on their Z-NAND technology, which as Samsung has explained during the event as a marketing name for a specialized version of Samsung’s SLC 3D V-NAND which has been tweaked for lowest latency and maximum performance.