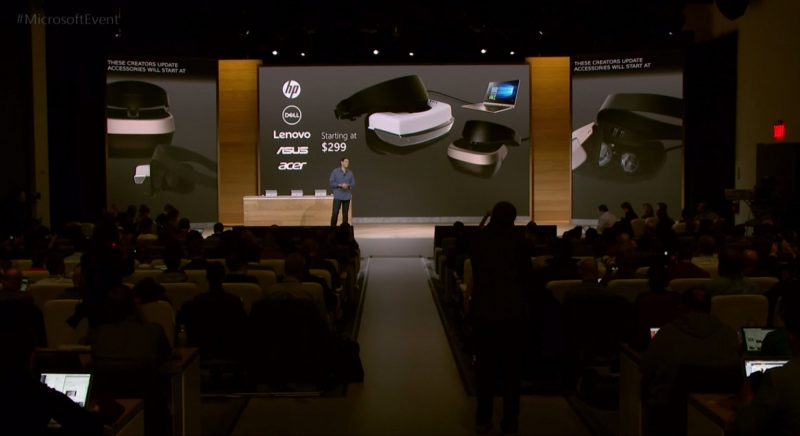 Microsoft has been in the VR/AR market for quite some time with their HoloLens, but with a pricetag starting at $3,000, it’s far too expensive for the general customer.

At Microsoft’s recent press event, Microsoft is trying to change that as they’ve recently announced that they’re working with a number of hardware partners including HP, Dell, Lenovo, ASUS, and Acer to begin introducing a new line of VR headsets starting at just $299. This significantly undercuts popular VR headsets such as the HTC Vive which costs $800 and the Oculus Rift which costs $600.

The new VR headsets are a part of Microsoft’s Windows 10 Creator’s Update which will allow users to do a variety of tasks in the VR world such as explore new places, browse the web in a virtual living room, paint in VR and much more. While Microsoft did not announce a date when the new headsets are expected to launch, it’ll likely launch with Microsoft’s Windows 10 Creator’s Update which is expected in Spring 2017.