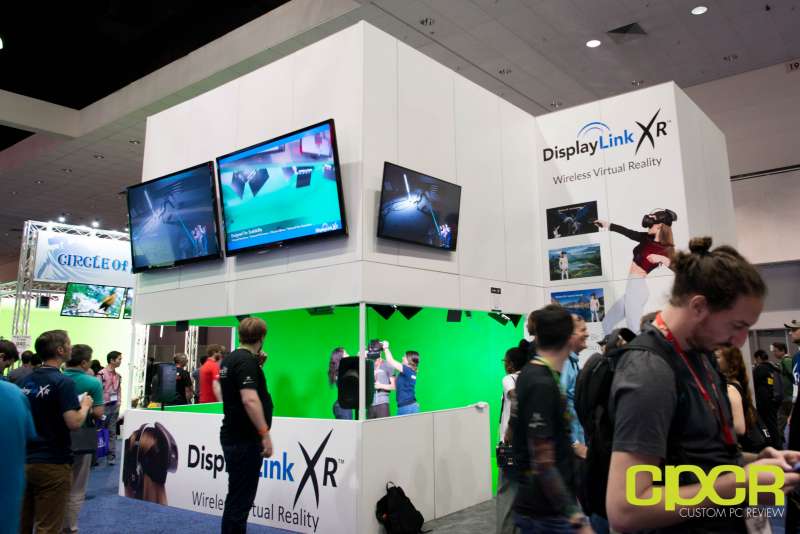 Ask anyone who’s played a game in VR and they’ll immediately tell you that one of the biggest issues with VR today is that the headset needs to be wired in. Not only does this create a potential safety hazard, but it also significantly detracts from the experience, especially if you end up pulling your brand new $3,000 gaming laptop off the table in the heat of battle.

In order to solve this issue, DisplayLink recently demo’ed their DisplayLink XR wireless VR system which will allow gamers to use their existing HTC Vive headset, Oculus Rift and other VR headsets wirelessly.

DisplayLink’s XR solution requires three parts which include a headset module, a 60GHz wireless antenna, and a PCIe expansion card. Leveraging their experience in monitor docking stations, DisplayLink’s solution taps into the graphics framebuffer in order to directly capture pixels as it’s being rendered. 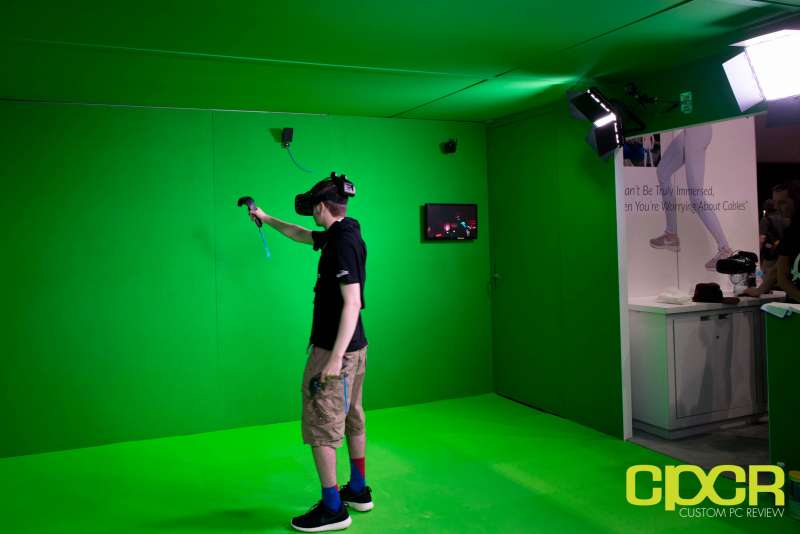 After the frames are captured, it’s then compressed using DisplayLink’s XR codec and transmitted through the 60GHz antenna to the headset module. Leveraging DisplayLink’s DL-8020 chip for the transmission, this solution creates minimal latency with average additional latency hovering around 2-3ms with a 7ms maximum. DisplayLink is still working on optimizing this number further however, there was no noticeable latency or quality issues when playing the demo at the E3 booth. Battery life on the headset is currently rated at 2 hours however, this can be extended via an external battery pack.

Unfortunately, DisplayLink’s XR wireless VR solution is designed to be a proof of concept only as they want to partner up with other companies to bring DisplayLink XR to market. DisplayLink claims that they have numerous interested partners, but did not reveal information on who their partners may be at this time.