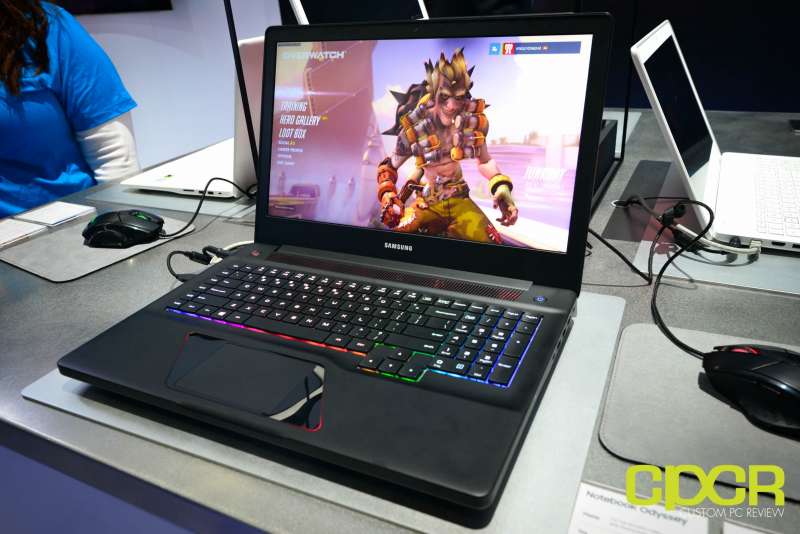 The Samsung Odyssey lineup of gaming notebooks will be Samsung’s first attempt at a laptop designed for gaming from the ground up and at CES 2017, we had the chance of checking out the lineup for ourselves. 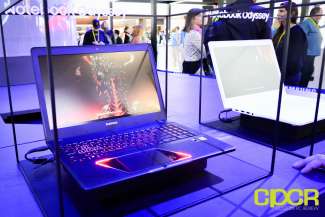 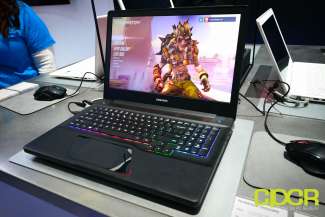 The Samsung Odyssey gaming notebook lineup will come in two flavors which include the 15.6-inch and the 17.3-inch versions.

The 15.6-inch Samsung Odyssey is a more compact gaming notebook which features an Intel Core i7 processor, up to 32GB DDR4 RAM, Nvidia GeForce GTX 1050 graphics, and up to 256GB SSD + 1TB SSD for storage. 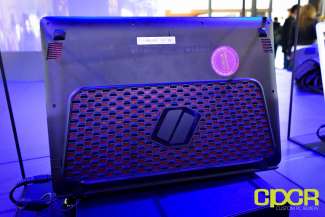 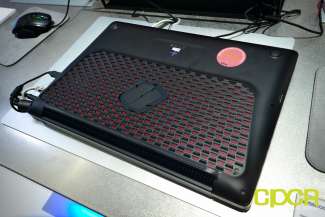 With the Odyssey gaming notebook, Samsung has designed a few tricks up its sleeves to make it stand out. The most notable feature is located at the bottom of the notebooks which features hexagonal vents. True to its design, Samsung calls this the HexaFlow Vent which allows for higher airflow and better heat dissipation. 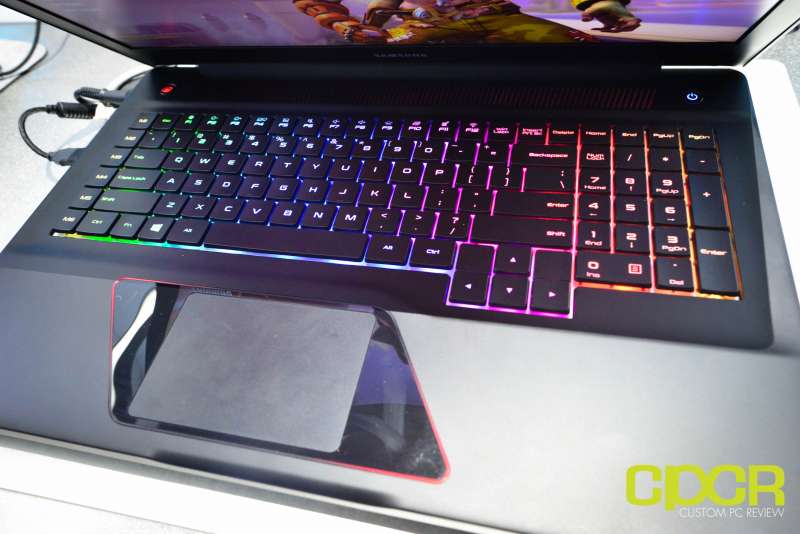 To aid gaming comfort, the keycaps on the Odyssey has been custom molded to have the optimal curvature for a gamer’s fingers. For those who purchase the 17.3-inch Odyssey, the system also features RGB lighting for every key which can also be altered individually to add style.

The Samsung Odyssey 15.6-inch will be available starting February while the Odyssey 17.3-inch will be coming in slightly later in April. Prices are expected to start at $1,199.