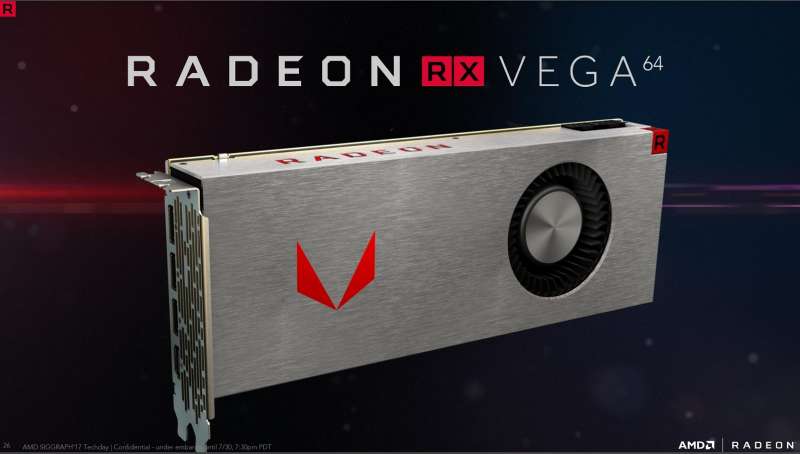 After about a year since we first heard about AMD Vega, AMD has finally announced the new graphics card, marking AMD’s return to the enthusiast graphics market after years of sitting on the sidelines. 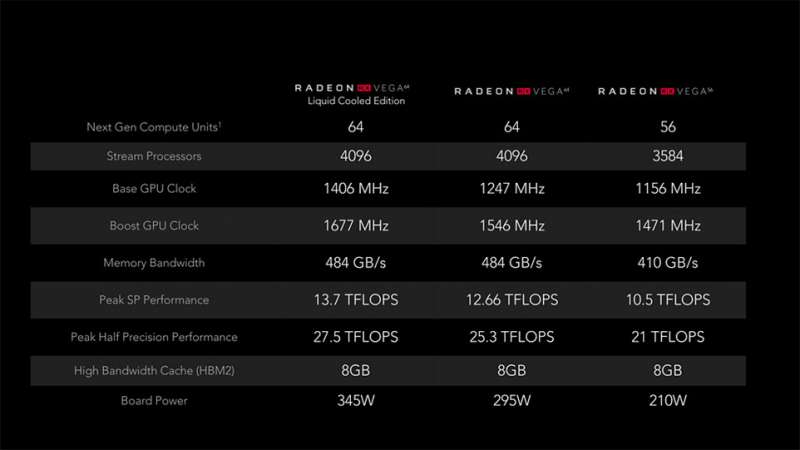 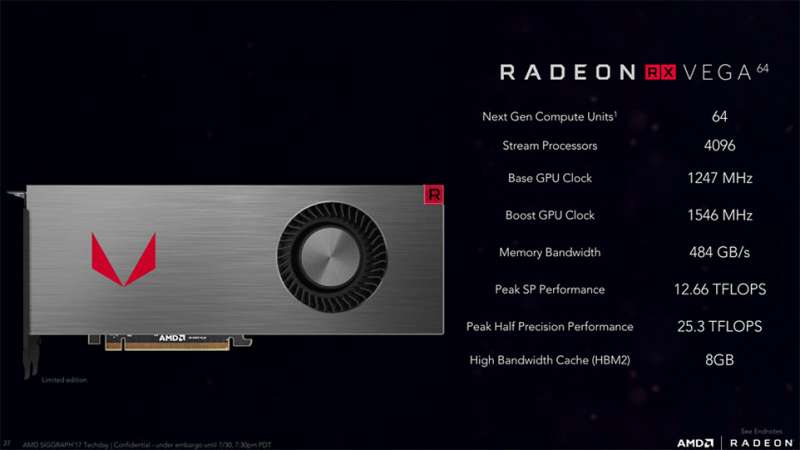 The Radeon RX Vega 64 is AMD’s flagship RX Vega graphics card. The 64 in its name signifies the number of next generation compute units in the GPU, which in this case is 64. Multiply this number by 64 Stream Processors per compute unit and you get a total of 4096 Stream Processors. 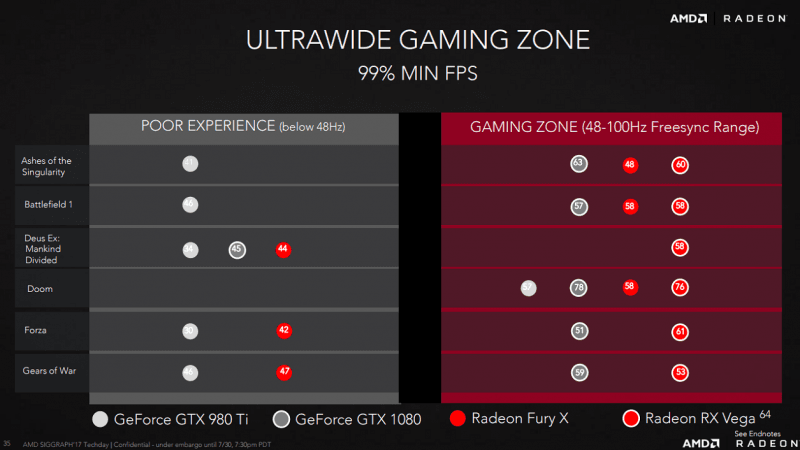 As for performance, depending on the game, the RX Vega and the GTX 1080 are fairly on par. This is consistent with what we saw all the previous leaks.

At 4K, the results are similar to the results at 1440p. Depending on the game, it’s either the RX Vega 64 or GeForce GTX 1080 with none emerging as a clear winner. 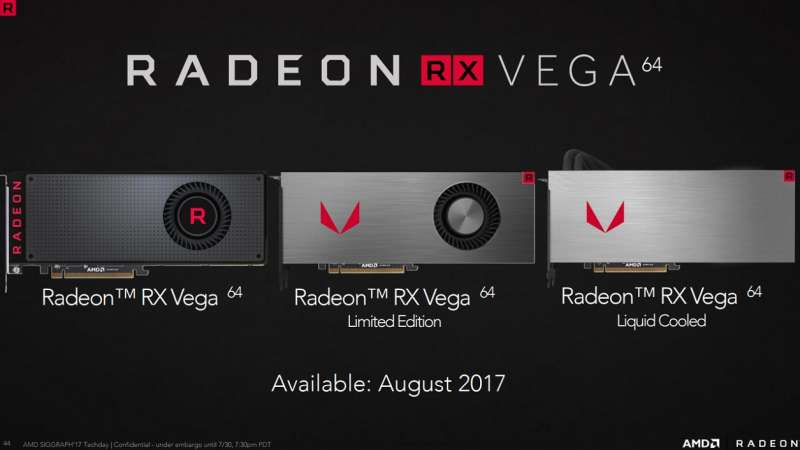 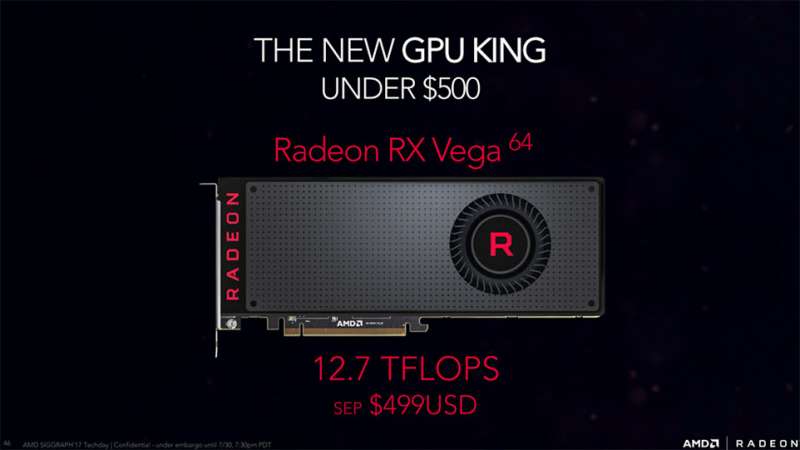 As expected, AMD will be priced very competitively. The Radeon RX Vega 64 will come in at just $499 for the entry level card, which is an excellent value for the level of performance. 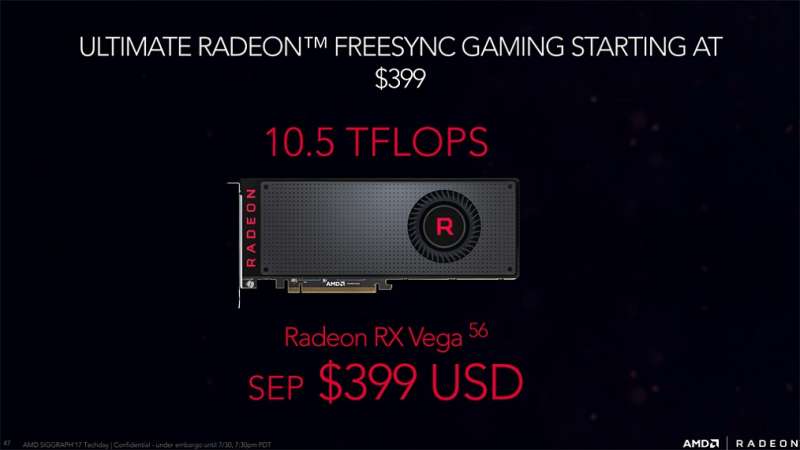 Moving on, we have the AMD Radeon RX Vega 56. This card is a cut down version of the Vega 64 with, you guessed it, 56 next generation compute units. Doing a bit of math here, this equates to 3584 Stream Processors. The Vega 56 will be clocked at 1,156 MHz base and 1,471 MHz boost, which is slightly slower than the Vega 64 card.

Onboard video memory will include 8GB of HBM2 which is the same as the RX Vega 64, but it’ll be clocked at a lower speed, resulting in a maximum memory bandwidth of 410 GB/s.

The Radeon RX Vega 56 will be priced at $399 and will be released in August as well. Similar with the RX Vega 64, partner GPUs with custom designs won’t be available until Q3 or Q4. 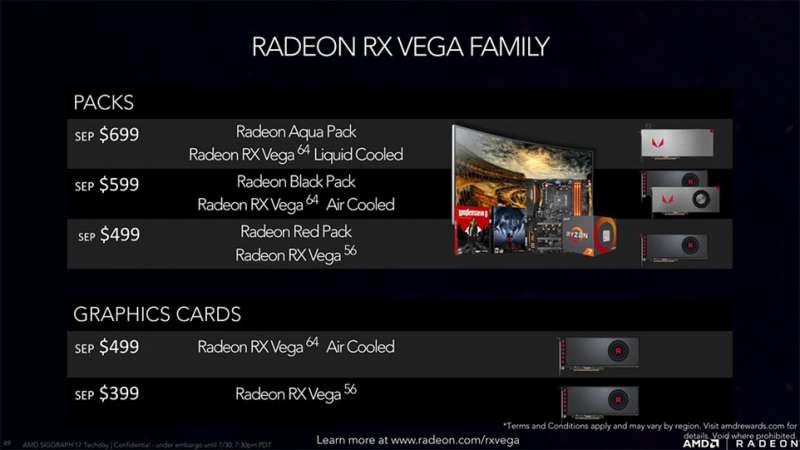 Notice how we haven’t discussed pricing for the Limited Edition and Water Cooled SKUs of the Radeon RX Vega 64. The reason for that is because these won’t actually be available for purchase by themselves. If you want these, you’ll have to opt for a Radeon Pack, which is basically a bundle. 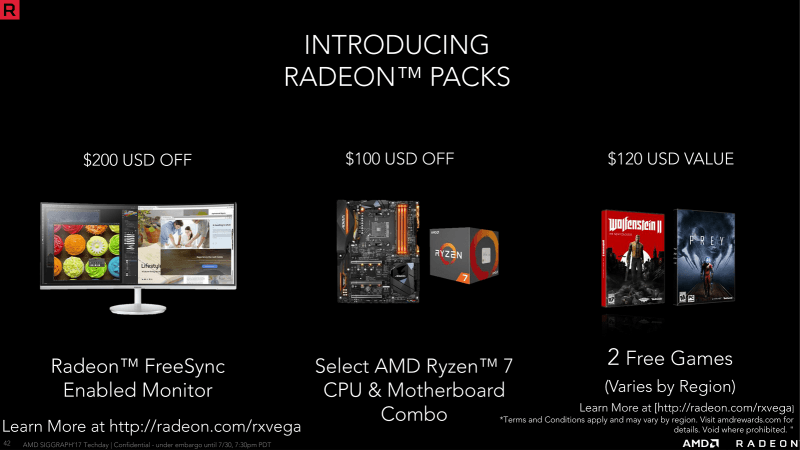 What do you get in these packs? Well, you get the Radeon RX Vega, two free games which vary by region, a $100 USD discount for an AMD Ryzen 7 CPU and motherboard combo and a $200 discount for a Samsung CF791 34-inch Widescreen FreeSync monitor. It’s a great deal for sure if you’re planning to purchase an entire new gaming system, but the value may be questionable if you’ve already got a great Freesync monitor or you’ve already got a great gaming PC and you simply want one of the more premium versions of the RX Vega 64 graphics card.