IPS vs TN vs VA vs OLED vs Quantum Dot Explained 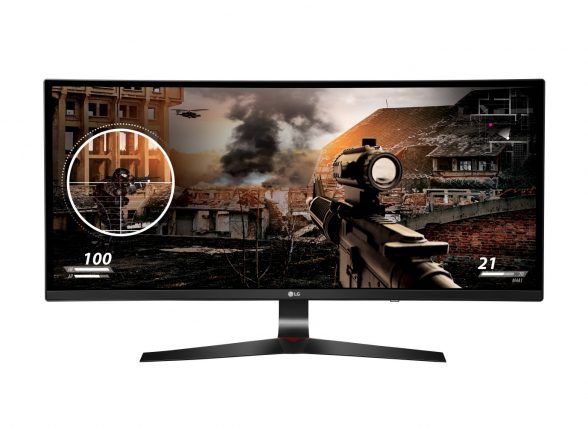 For most people, buying a new monitor is typically only about the resolution and size of the display. Ever heard of somebody say they just got a 24-inch 1080p monitor? Or someone who said they got a 4K 27-inch monitor? Sure. In fact, most of us have probably done that ourselves, but while the size and resolution of a display is important, what’s equally if not more important is the display technology behind it, which will tell us more about the color accuracy, latency, viewing angles, and more.

LCD, or Liquid Crystal Displays, first became popular when CRT, or Cathode Ray Tube, monitors became mostly obsolete in last decade. Unlike CRTs which used vacuum tubes, electron guns, and phosphorescent screens to product images, LCD displays utilize liquid crystals which modify light to produce a desired color. These crystals are then backlit by some form of lighting such as LEDs to produce an image. Due to their physical appearance when compared to CRT monitors, LCD displays are typically referred to by the term “flat screen” which we all and love.

Within the category of LCDs are several types of technologies that help operate the panel. The most popular types include TN (Twisted Nematic), IPS (In-Plane Switching), and VA (Vertical Alignment). 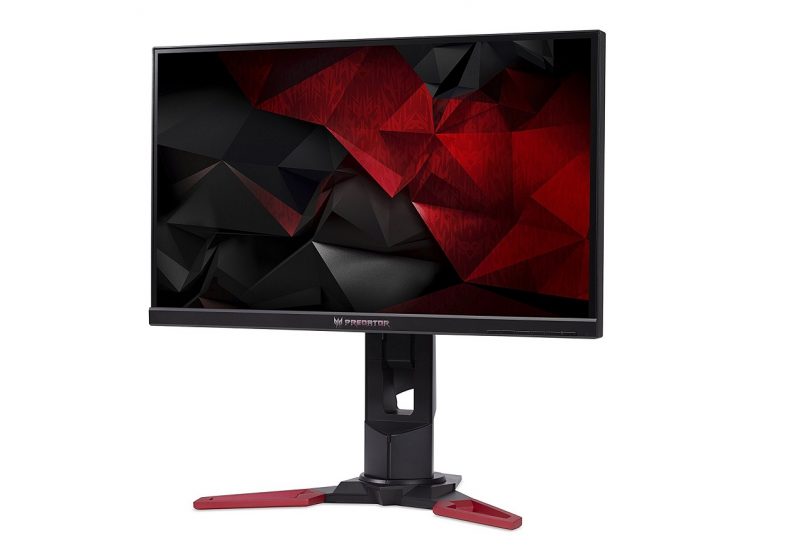 One of the most popular LCD display types is TN, or Twisted Nematic. TN displays are very popular as they’re low cost and are generally considered to be “fast”, which means low response times and low input lag. TN displays are also typically high refresh rate monitors (100Hz, 144Hz, etc.), which make them ideal for gamers who want the least amount of latency in their monitor.

While TN displays are great because of their cost and low latency, they are far from perfect, suffering from bad viewing angles and poor color reproduction. The easiest method to identify a TN panel is simply to view it from an angle either horizontally or vertically. Depending on the quality of the TN display, the colors may just be slightly off or it may look completely washed out. Additionally, as TN displays tend to be cheaper, they also suffer in greater numbers from issues such as uneven backlighting and stuck/dead pixels which are typically weeded out as a part of the QA process in higher end displays. 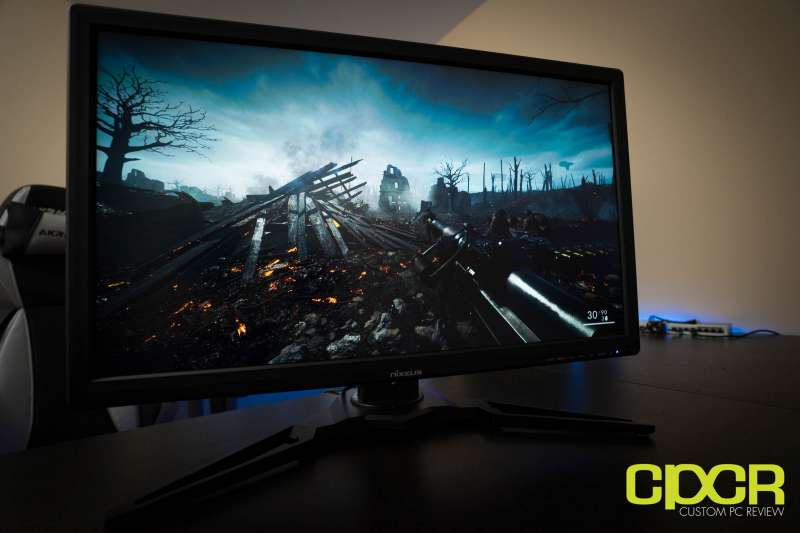 While IPS displays have the best color reproduction and viewing angles, they tend to be very pricey and they also have significant latency and higher response times. As such, these were traditionally not the monitors of choice for gamers as the higher latency may translate into motion blurring and ghosting. That said, over the past few years, IPS displays have gotten significantly cheaper thanks to numerous companies selling cheap IPS displays which use IPS panels that were previously QA rejected by companies who sell IPS displays at a premium to professionals. As such, IPS displays can now be purchased at a significantly lower cost than before albeit with some slight imperfections. Additionally, new technologies such as S-IPS (Super-IPS) have also significantly reduced the latency and response times of these displays as well making them much more acceptable for gaming than it had been previously.

IPS vs TN: IPS has much better color accuracy and much better viewing angles, but higher response time 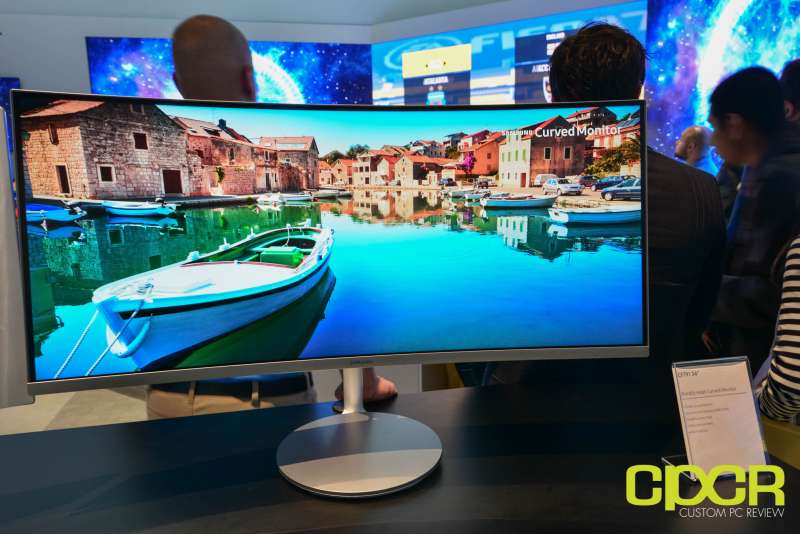 VA displays are a happy medium between TN and IPS displays. These displays are typically not as costly as IPS, but still offer good viewing angles and decent color reproduction. That said, they tend to not be as good as IPS which is why most professionals still stick with IPS displays.

However, the biggest issue with VA panels is that similar to IPS panels, VA panels tend to have high latency which can cause ghosting effects on screen making it a poor experience while gaming. However, those who want accurate colors, a decent picture, and decent viewing angles yet don’t want to pay the full cost of an IPS display will find that VA panels are an excellent alternative.

VA vs TN: VA has much better color accuracy and much better viewing angles, but higher response time

VA vs IPS: VA generally has slightly worse color accuracy, but similar viewing angles compared to IPS. Depending on the panel, IPS may also have a slightly lower response time. 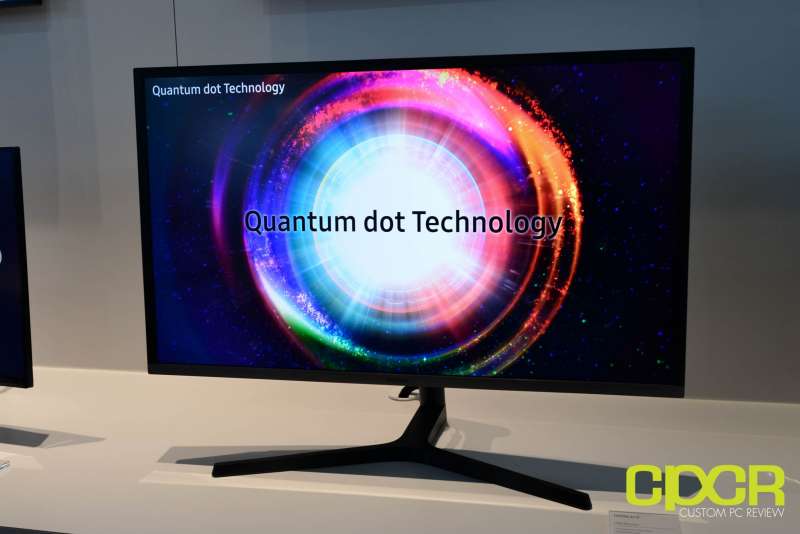 Quantum Dot is quickly becoming a new buzzword in the world of monitors, but Quantum Dot as used in monitors today is not actually a type of LCD display technology, but rather a different way of backlighting which helps improve colors and backlight uniformity. 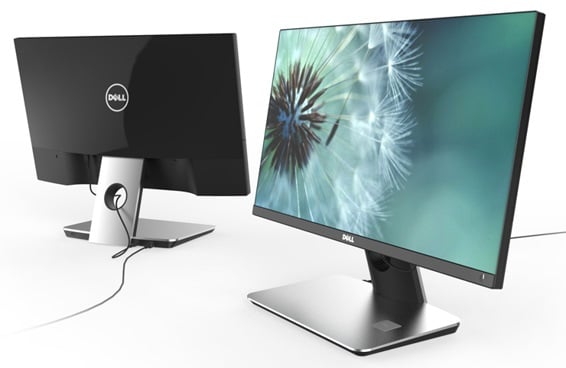 OLED, or Organic Light Emitting Diode, displays utilize a completely new display technology where each OLED pixel is able to generate its own light, removing the necessity for backlighting which is needed for LCDs. This allows each pixel in a OLED display to be turned completely off which means it’s able to produce perfectly black blacks which is impossible in a LCD as the backlight is always on even if the display is displaying a completely black scene.

Unfortunately, OLED displays are still very rare on the market with mostly laptops (Lenovo ThinkPad X1 Yoga) carrying them so little is actually known about how a production OLED monitor may perform. OLED displays in the future are expected to have good color reproduction, good viewing angles, but may have latency issues similar to IPS and VA displays. OLED has also been known to “burn-in” images similar to older plasma TVs although this may be resolved over time as more OLED displays begin showing up on the market.

TN vs IPS vs VA Conclusions

As far as recommendations, gamers will want a fast monitor with low response times. As such, serious gamers will want either a TN or VA display with low latency and high refresh rate. Creative professionals such as graphic designers, artists, videomakers, photographers, etc. will likely want to stick with a IPS or VA display with the capability of displaying the widest color gamut and best color accuracy. Those who want a generally good display to use for general work and content consumption, any panel type would be best depending on what you’re looking for in terms of color accuracy, viewing angles, etc.

As always, thanks for reading and I hope this will help you make a more informed buying decision. If you have any questions, please feel free to let us know in the comments below or post a question to our forums!